What does immigration have to do with domestic violence? More than you might think. Immigrant victims of domestic violence suffer disproportionately from the effects of domestic violence. They are often isolated, may not have access to bilingual support services, and are often afraid for their immigration status. Sometimes they come from countries where law enforcement and the courts are corrupt and not to be trusted. Many times the abuser threatens to have the victim deported if they report the abuse, and to keep the kids here. With policies like “Secure Communities” and the current climate of the immigration debate, it’s understandable that some victims suffer in silence.

REACH’s hometown of Waltham has one of the fastest growing Latino populations in the state. This cultural diversity is one of the things we love about Waltham and makes working here fun! It also gives us unique insight into the consequences that immigration policies can have on vulnerable families, and an opportunity to affect positive change for the community. Through our Latinas Know Your Rights Program (offered in partnership with Greater Boston Legal Services) we offer education to Latina women in order to build capacity within the community, so that they can be a resource for their mothers, sisters, and friends. An immigrant survivor of domestic violence may be afraid to reach out to law enforcement or even a social service agency like REACH, but they will confide in a family member or neighbor. If that family member or neighbor has been through the Latinas Know Your Rights class, they will be equipped with the knowledge and resources to help.

Participants in this program learn about a whole range of issues that can impact domestic violence survivors. At the completion of the class, we encourage them to find an issue that’s important to them and help them organize around it to affect change. It’s inspiring to see immigrant women find their voices and become leaders in their community…and sometimes beyond.

Last week, a REACH advocate and several Latinas Know Your Rights participants were invited to Washington DC as part of the “Keep Families Together National Bus Tour” which has been traveling the country to push for immigration reform that will keep families together. The campaign launched in December of 2012 and is an initiative of the Fair Immigration Reform Movement (FIRM). Through the Keeping Families Together campaign, FIRM members are seeking to elevate the voices of those individuals whose families have been splintered by our broken immigration system.

On March 13th, the tour went to Capitol Hill demanding legislation with a path to citizenship. More than 100 families from all areas of the country, including right here in Waltham, told their stories of dealing with the broken immigration system at a people’s hearing attended by members of Congress. They also held actions at Sen. Marco Rubio’s office and another at the Republican National Committee office.

“The stories these families have been telling are all heartbreaking and it is crucial that Congress listen to them to see the human element as they craft a comprehensive immigration bill,” said Kica Matos, spokesperson for FIRM, which organized the events.

For REACH staff and program participants alike, the experience was powerful. The REACH advocate who went spoke passionately about what it felt like to forget feelings of nervousness and be caught up in the feeling of being part of something larger than herself. One of our Latinas Know Your Rights participants who was asked to speak told us, “I clean houses – I never thought that I would be with such important people!”

We believe that this woman and others in her community ARE the important people, and their voices deserve to be heard. If you’re interested in supporting our being a part of our work with the Latina community, contact us today. For more information on immigration policies, visit the Massachusetts Immigrant and Refugee Advocacy Coalition. 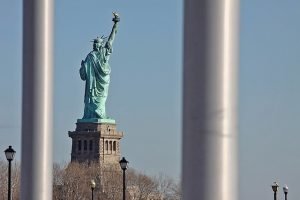