Social justice and disasters…natural or otherwise

REACH Beyond Domestic Violence, as our name implies, is an organization committed to addressing and preventing domestic violence. So why do we talk about social justice so much? Why is it included in our mission statement, which ends, “…promoting social justice for individuals and families of all backgrounds”? Why talk about race, or immigration, or LGBQ/T issues?

Traumatic events, whether “man-made” or “natural,” disproportionately affect those who have already been marginalized: those without the resources to travel, who are afraid to involve law enforcement for fear of being deported or experiencing bodily harm, who struggle with physical or mental health challenges, or who face any other of a number of barriers to accessing resources. Medical anthropologist, activist, and author Paul Farmer uses the term “acute-on-chronic event” when writing about Haiti After the Earthquake. Borrowing this terminology from the medical field, Farmer talks about how a so-called ‘natural’ disaster has an even greater impact because of the context in which it takes place –in Haiti’s case, that context involved weak infrastructure and a widespread lack of resources.

Columnist David Von Drehle wrote in the Washington Post this week about the toll that Harvey was likely to take on Houston’s poor. The whole column is well worth a read, but this point in particular stuck out: “…the destruction of possessions will be followed by the loss of communities. Networks of friendship and mutual support will be shredded as Houston’s refugees fan out across the country in search of new work, new homes, new schools.” As our friends at the Full Frame Initiative point out, wellbeing is comprised of more than just physical safety. It has to do with stability, and with a sense of mastery – doing something you know you’re good at. It’s being able to access resources when you need them. And it also involves our social connectedness – the networks of friends and family members on whom we can call in hard times. That’s why our work at REACH recognizes the whole person – not just the violence they may have experienced, but also their strengths, skills, hopes, dreams, and the web of people who matter to them. 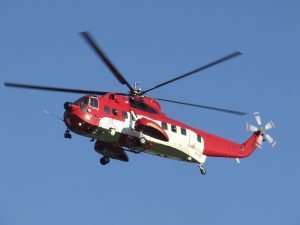 All of those things are threatened when the unthinkable happens. Von Drehle makes the point that those with more resources will likely bounce back from the damage Harvey wrought faster than those without. Research shows that it’s more expensive to be poor, and that costs skyrocket when disaster strikes. In addition to the tangible costs of food and shelter and replacing possessions, there are the less tangible costs that are equally important to wellbeing. What expectations do we put on those already suffering to relocate in order to provide for their physical needs? And what are the tradeoffs they have to make? Our seemingly innocent questions can often mask a layer of blame: Why didn’t those people trapped on their rooftops evacuate sooner? And, Why do those experiencing abuse stay in those relationships?

Engaging with the whole person means that we can’t ignore how other forms of oppression (such as racism, sexism, xenophobia, homophobia, or transphobia) may have compounded the trauma that a survivor of assault – by nature, by systems, by a stranger or by a partner –has experienced. In the face of ‘acute’ events, such as a natural disaster or an act of violence, it’s often easier for us to find compassion and maybe even common ground. Yet it is by addressing the underlying ‘chronic’ conditions that we can reduce the incidence and impact of disasters.  Reaching beyond domestic violence means committing to work on the chronic conditions as well as responding to the acute events; ensuring that the ‘infrastructure’ is sound and that families, friends and neighbors have the resources they need to build healthy communities.