A few weeks ago, a heartbreaking video made the rounds on social media, showing a Florida judge scolding and ultimately sentencing a domestic violence survivor to three days in jail for refusing to appear in court to testify against her abuser. While this story is an extreme example of the reaction they face, it’s not uncommon for survivors to have ambivalence about participating in the criminal justice system. This scenario gets depicted in television crime dramas and mentioned in news coverage of domestic violence cases, often with no exploration of what might lie at the heart of the survivor’s ambivalence.

It can be hard for someone outside the situation to understand why a survivor wouldn’t want to take part in bringing their abuser to justice. You may not react like the judge in the video, but you may have wondered why a survivor would opt out of testifying. Here are a few things to consider:

These are only some of the barriers that survivors face when trying to access the criminal justice system. There are countless others, including time off from work, child care, transportation, to say nothing of probate matters such as child support and custody which can drag on for years. What can you do to help? Speak up! When you hear comments that place blame on a survivor, challenge those assumptions with some of the things you’ve read here. Volunteer! REACH has a wonderful group of volunteers who spend time in local courthouses helping survivors who come in with questions about restraining orders understand the process and fill out the paperwork. Support REACH! Our supportive services are there for survivors who are weighing their options, deciding whether or not to move forward in testifying, safety planning around a court appearance, and processing the experience after the fact. 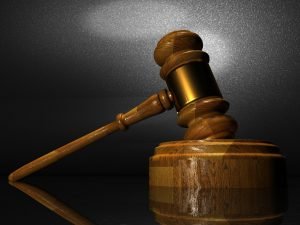 I am driving in my car, the radio on, and NPR is taking me through the news of the [...]

The Intersection of Substance Abuse and Domestic Violence

How Toxic Masculinity Impacts Us All