As 2015 began, New England was experiencing one of the snowiest winters in history! As record amounts of snow blanketed the region, work continued largely as usual here at REACH. Staff members hunkered down and got snowed in at the shelter alongside survivors, and the hotline continued to ring and be answered.

In March, as the end of winter was in sight, it was time for our annual Say Hi to Your Neighbors 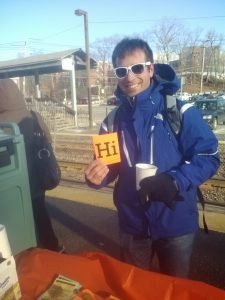 Week in Waltham. This week has become a beloved tradition among residents of Waltham. It comes at a time of year when people are less likely to be outside and connecting with one another, but it serves the important purpose of strengthening social ties that can serve as a preventive factor for domestic violence. This year, we introduced you to two amazing and dedicated volunteers who spearheaded our efforts. Together, REACH staff and volunteers said hi and gave out coffee to commuters at the local train stations, hosted a “Meet the Social Media Night,” and enjoyed a discount and great conversation while sitting at a specially designated community table at In a Pickle Restaurant.

Once spring had sprung in earnest, it was time for REACH’s Annual Meeting, hosted by our friends at the Massachusetts Medical Society. This year’s meeting focused on how domestic

violence can affect the workplace. We honored Jane Doe Inc. Executive Director Debra Robbin and former Waltham News Tribune Editor Paul Crocetti for the ways they use their professional positions to be a voice for justice for domestic violence survivors. We also heard from a member of REACH’s Survivor Speakers Bureau on how the abuse she suffered made her work life difficult and how new legislation passed in 2014 might have helped her.

In some places life slows down over the summer, but not here at REACH! In addition to the steady stream of requests for support services and prevention programm 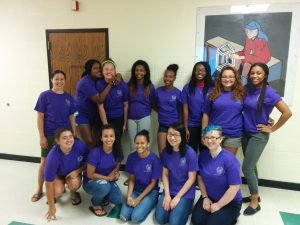 ing, it is a time of gearing up for an even busier fall. We welcomed Debora Hoffman to our staff and enjoyed her presence around the office as we geared up for the Waltham Neighborhoods Fall Festival in September. In our Prevention Department, summer means it’s time for the PAVE Peer Leaders Summer Training! A group of 14 students from Waltham High School participated in 40 hours of intensive training around healthy relationships, dating violence, and peer leadership.

This summer also brought a bittersweet fond farewell for us as longtime advocate Muggsie Rocco retired from her role. We miss Muggsie but wish her all the best in this next chapter of her life!

As September rolled around, we kicked off our fall training for new staff, volunteers, and others who just want to learn. Then we received a phone call that took us all by surprise! We were honored to receive a $100,000 challenge gift from Robert Kraft and the New England Patriots Charitable Foundation to support our efforts to move into a new office space that will house our Community and Prevention programs. Throughout the next couple of months, REACH’s friends and supporters stepped up to meet Mr. Kraft’s challenge, allowing us to move forward with finding new space that wi 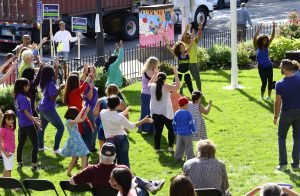 ll help us reach more people than ever before. In September we also welcomed our new Community Engagement Specialist Lauren Montanaro to her role here in the office. The 6th Annual Waltham Neighborhoods Fall Festival rounded out the month of September with a day of fun and friends and a celebration of healthy communities.

October is Domestic Violence Awareness Month and it is always our busiest month of the year! The month began with the official kick off of our Coordinated Community Response Team to address Elder Abuse in Waltham, under a federally funded grant program. The Waltham Against Abuse in Later Life (WAALL for short) team had their first training in early October. Our DVAM theme for this year was “Inspire Conversation” and REACH staffers were out and about doing just that. You can read our full DVAM recap here. 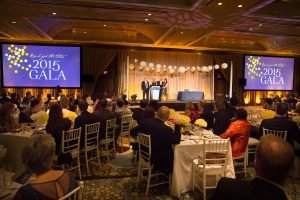 Things didn’t slow down much once DVAM ended, because it was time for the 12th Annual Reach for the Stars Gala. On November 7th, we gathered at the Boston Renaissance Waterfront Hotel. This year’s event was our largest yet! About 425 people attended and raised $430,000 for REACH’s vital programs and services. 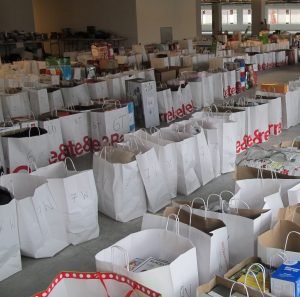 er is all about the Holiday Gift Program! We were in a new location this year, and thanks to the hospitality of our friends at Cimpress and Vistaprint, we had tons of room for everything from rows and rows of presents to kid’s craft activities. When all was said and done, 237 very grateful families received gifts to brighten their holiday season, thanks to the generosity of REACH donors.

Then, just last week as many of us were packing up for a few days’ break over the holidays, we received word from the Massachusetts Attorney General’s Office that we were selected as one of 6 domestic violence and sexual assault (DV/SA) programs in the state to participate in their new initiative, “Game Change: The Patriots Anti-Violence Partnership.” This exciting new partnership will allow us to build on our ongoing work in school communities by helping to train school staff and parents and work on school policies for students and families dealing with violence.

Whether it’s gearing up for this new partnership with the AG’s office, or continuing our quest to find affordable office space to accommodate our growing staff, it looks like we have our work cut out for us in 2016! Our work pales in comparison to the ongoing work done by survivors, who face the seemingly insurmountable task of rebuilding their lives in the wake of abuse. Every day they inspire us with their courage, their resilience, and their ability to not lose hope. As friends and supporters of REACH, you inspire us as well, with your continued dedication to stand by these survivors in so doing, send a message that domestic violence is unacceptable, and that together we can reach beyond it. 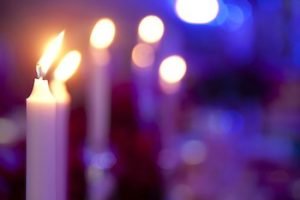