How Proposed Changes to Health Care Could Affect DV Survivors

Yesterday, the U.S. House of Representatives voted to pass health care legislation designed to roll back many facets of the Affordable Care Act (ACA, or “Obamacare”) and implement a new system, the American Health Care Act (AHCA). This latest version of the bill allows insurers to charge higher premiums for pre-existing conditions which could include domestic violence (DV) and sexual assault. These provisions would directly affect women who got care under the ACA. Under the ACA, women’s preventative care was covered, including doctors having to screen patients for DV and rape. As Gina Scaramella, Executive Director of the Boston Area Rape Crisis Center, outlined in a recent Opinion piece for The Hill, “By letting states waive the ACA prohibition on charging people with pre-existing health conditions higher premiums, protections for those who’ve previously been medically treated for sexual assault would be gutted.” 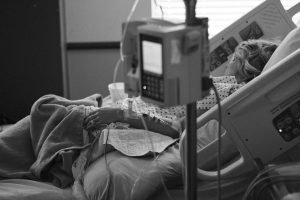 When you go to the doctor, they probably ask you about who you live with. They should. That’s a DV screening question. When they ask if you feel safe at home? DV screening. When they ask if you have sex, who you have sex with, and if you get to choose your birth control method? Rape screening questions. Notice a poster about domestic violence in the bathroom when you pee in the cup? DV screening practice. Notice a brochure for the local rape crisis center in the waiting room near flu shot info? You guessed it!

How do I know this? I’ve trained doctors, practices & hospitals how to do this…because it’s my job (While at REACH, I did this with Newton-Wellesley and MGH-Needham). In 2016, 6.8 million women and girls enrolled in coverage during open enrollment through the marketplace. Since the ACA the percentage of Women of Color reporting that they had no source of healthcare dropped by nearly 30% for African American women and almost 25 % for Latinas.

So now more women are going to the doctor, more women are being asked about DV and rape and more women are disclosing and getting services because their insurance has to cover it. This is what we want right? People ask me all the time, “Why don’t abuse victims leave their abusers?” Society seems to want these victims to speak up and get help. Since it’s part of preventative care, that means it’s in your medical record. I went to the doctor last month, I saw in my visit notes “no DV concern.” So even if a woman does everything the “right way” – she tells someone, she gets support, she leaves, she survives leaving (since leaving can be the most dangerous time in terms of homicide risk, this is not a given)…she now has a preexisting condition, even if she never used her insurance for treatment around domestic violence!

Many of the arguments against the ACA/Obamacare or providing health care to folks who are uninsured center around the cost. But there are costs to consider either way. One in 3 female homicide victims are killed by an intimate partner, and the average homicide costs $17.25 million. Violence against women costs the US $4.9 billion a year in medical costs, lost productivity and earnings. Victims lost almost 8 million days of paid work – the equivalent of over 32,000 full-time jobs and almost 5.6 million days of household productivity. Homicide was the 2nd leading cause of death on the job for women in 2003.

The bill has a long way to go before actually becoming law. It now moves to the Senate, where significant changes could still take place. If this is an issue that matters to you, make sure to contact Senators Warren and Markey here in Massachusetts, and encourage friends and relatives in other states to contact theirs.