On Friday, I opened my email to this message from a dear friend of my mother. My mom died in 2020…

Thinking about Sandy as I watch this unfold. And you. And her granddaughters.

SERIOUSLY? My MOM already FOUGHT for THIS!!

Indeed, it was my daughter’s mother’s mother who worked so hard advocating for the rights of women in every arena. My young days were filled with bus rides to Springfield, Illinois, and other cities to march for the Equal Rights Amendment. We had lots of bumper stickers on the cars – I’m Pro Choice and I Vote! I was probably the only kid with a pencil that said A Woman’s Place is in the House, and in the Senate. I got my very own My Body, My Choice T-shirt for my birthday.

I think about my mom and her steadfast advocacy all the time. And about my dad and his support and activism. They fought hard for issues that mattered to them – and for the future they wanted for their children. They raised a couple of fighters, me and my sister, and inspired so many conversations with friends and neighbors.

Mom wanted us to have choices – choices that she did not have. Choices that she knew would enhance our lives. Going to the college of our choice. Pursing the career of our choice. Creating the family of our choice. Her options were more limited – secretary, nurse, teacher – and she decided to become a nurse. She loved the emergency room – the crises, the intensity, the variety. Along with the thrill of the ER, she also witnessed the pain. She saw the devastation that happens when desperation is the only avenue open for someone whose pregnancy is unplanned, traumatic, life-threatening. 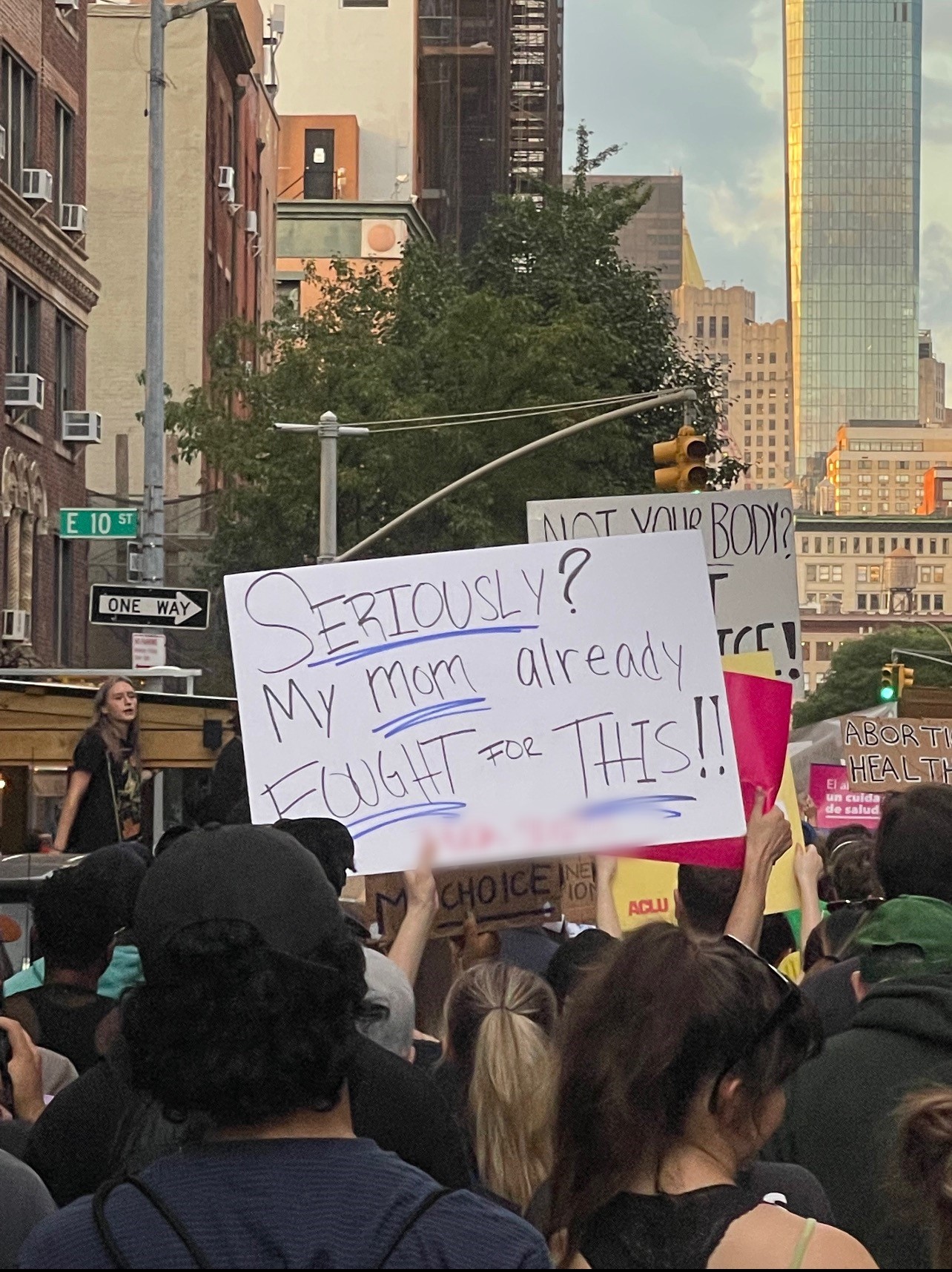 Fifty years. A generation has grown up with the belief that the government cannot force them to have a baby if they don’t want one. They are waking up to find out that indeed – their reproductive choice is no longer their own. That their love life may no longer be protected. That they are no longer guaranteed choice in partner – gender, race, identity – and have lost the right to choose whether to start a family with them.

At REACH, our work is about healthy relationships. Where each person in the relationship is respected – and respects. Where each person listens – and is listened to. Where each person is able to say no (or yes) and is also willing to hear it. Our work is about bodily autonomy, freedom from control and finding one’s own power. We talk with young people and adults about coercive and controlling behaviors – and how attitudes, jokes and actions that devalue someone because of their gender identity builds the foundation for perpetration of physical harm or even homicide.

And that means our work is anti-oppression work. It is racial justice work, economic access work; it’s about gender equity, compassionate accountability, survivor wellbeing, reproductive freedom, immigrant rights, family supports, transformative and restorative practices, and so much more. Ending domestic violence is not just about hiding one person from someone trying to hurt them. It is about creating conditions for opportunity with dignity and stability and access. 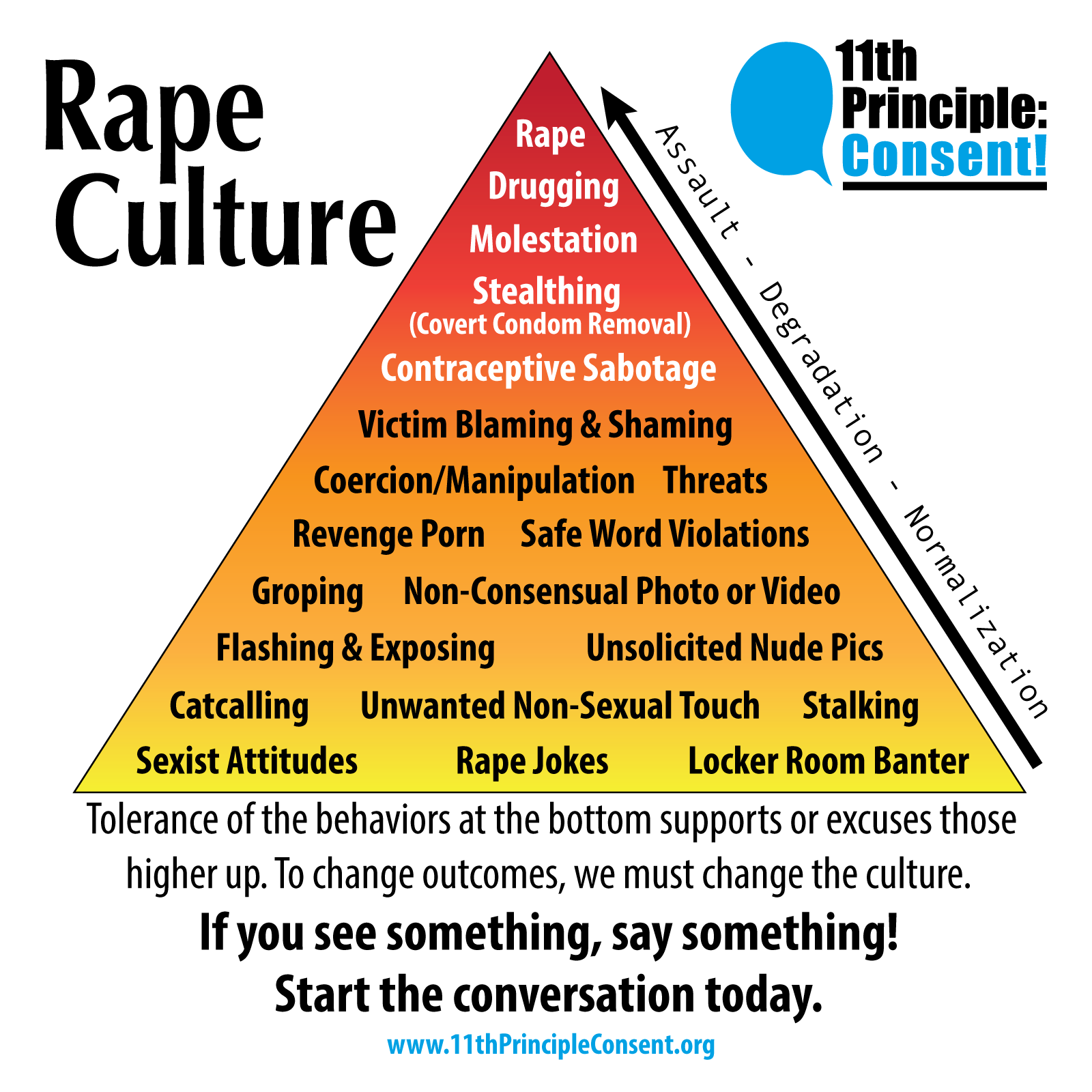 REACH advocates sit with survivors wrestling with difficult decisions. Survivors share feelings of fear and shame and confusion – and conviction, love, and hope. A survivor’s decision isn’t always a choice. When they are alone, scared, and worried about their kids – their decision might be the least dangerous of lousy options. Being pro-choice is really being anti-reproductive coercion. Many people considering ending a pregnancy (or preventing one) would not choose the rape or the broken condom or the missed pill. They would not choose the poverty or the unreliable or abusive partner or the job insecurity. They would not choose the unplanned, not viable, or dangerous pregnancy. Reproductive justice is about making decisions, hard ones.

Years of data show that women who are denied abortions often have worse health and economic outcomes – and this reality can also mean that they are more vulnerable to abuse – and possibly have fewer resources for getting away. People always ask why she doesn’t leave – because she has children with the abuser and getting a job that can pay for her family is elusive without systems of care in place to support that decision.

With this decision to overturn Roe, the Supreme Court is taking this decision away from people. It is leaving people in some parts of the country at the mercy of systems that do not see them as capable of making difficult decisions about their own bodies. Not choices, decisions. And to espouse that protections for people not specifically mentioned in the founding documents must be interpreted or extrapolated makes those rights conditional – based on strict interpretations of statements and decrees made centuries ago by thoughtful, freedom-seeking men who did not fully consider the humanity of people who were not men, white, or Christian. This is unacceptable.

We won’t go back Mom. We will fight for your granddaughters. And your grandsons.

REACH recognizes the importance of reproductive justice for all people and that access to contraception and abortion is essential and lifesaving for survivors of domestic and sexual violence and all people who can get pregnant. As described by the National Alliance to End Sexual Violence and National Partnership for Women and Families, our work is at the intersections. “The sexual violence and reproductive health, rights, and justice movements have some of the very same values and principles. Both movements are shaped by a belief in the importance of bodily autonomy, empowerment and choice, and person-centered care.”

More than one year ago today

Well over a year ago, my REACH colleagues and I accepted the reality that we would be doing [...]