What Laura is Thinking: Men and Masculinity 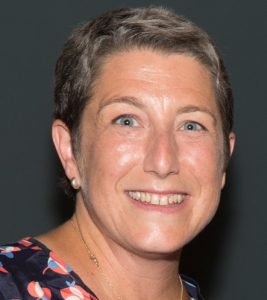 I am thinking about men and masculinity. I attended the 10th Annual White Ribbon Day event in Boston on March 1. The Massachusetts coalition, Jane Doe Inc., has organized this event each year and each year it gets bigger. There are more people, more men, more young men, more men in public and leadership roles, and more stories:  more stories about men witnessing abusive behavior as children; men talking with female survivors of violence; men taking a role in intervening, teaching or speaking out about violence against women.

This year, Governor Baker talked about how 25 years ago, domestic violence was a “concept” and that concept became real for him when he met a survivor at a domestic violence shelter. The Governor talked about “batterers” and their “demons.” Sitting in that room at Faneuil Hall, listening to his words, I started to think about what it means to be so profoundly impacted by a story; one person’s experience of the devastation of domestic violence that “opens your eyes” or “resonates” or “changes your perspective.” It is powerful. And it is just one story. When we focus on the awfulness of one person’s story, the “demons”, the individual experience, we risk losing sight of the systemic issues that contribute to this persistent ill.

There is more to domestic violence than two people. While there is no excuse for using violence, we have to face the reality that there are contributing factors to domestic, sexual and gender-based violence. There are myriad ways in which our society supports and nourishes attitudes and behaviors that give some people permission to violate others. There is a trajectory – and it isn’t as simple as growing up witnessing domestic violence in your home. It is complicated – and it is entrenched.

Harvard student Ruben Reyes was among the others who spoke at the White Ribbon Day event last week. Ruben read an op-ed piece he wrote for the Crimson entitled Masculinity Kills. With these words, Ruben makes the connection between his story and the larger narrative that surrounds and shapes him and other men. He talks about how from a young age, boys are shamed for some behaviors and celebrated for others. And how, over time, this shapes their understanding of what it means to be a man. And that all too often, this model of masculinity kills.

The author Chimamanda Ngozi Adichie describes masculinity as “a hard, small cage, and we put boys inside this cage… We do a great disservice to boys in how we raise them. We stifle the humanity of boys. We define masculinity in a very narrow way… We teach boys to be afraid of fear, of weakness, of vulnerability. We teach them to mask their true selves…”

As the mother of a boy – and a girl – I think about both of them and the “masks” they must wear. The expectation that gender must decide who they are or can be is not only outdated, it is dangerous. There are social forces that continue to shape expectations of strength and stoicism and power for boys growing into men (unless they are “weird”) and expectations of beauty and emotion and accommodation for girls growing into women (unless they are “weird”). The full complexity of every child – of every person – is so varied, until society no longer permits it.

The Representation Project is trying to “shift people’s consciousness, inspire individual and community action, and ultimately transform culture so everyone, regardless of gender, age or circumstance can fulfill their potential.” Is that so much to ask? Some people might call it an “activist agenda” or say that it is an example of the “identity politics” that has taken over public conversation. Okay. And there is a reason for that. Identity is how folks are pushed from the center. As Gloria Steinem put it, “the person with the power takes the noun – and the norm – while the less powerful requires an adjective.” Shifting consciousness is active work and it must be about identity.  Those who are disenfranchised and hurt are asking to be included as humans. As doctors. As soldiers. As neighbors. We are forced to advocate for the part of our identity that becomes the adjective.

Start listening – really listening. Pay attention to the adjectives you use and don’t use. Once you start to notice it, you can’t not notice it ever again.