5 Tips for Talking About Domestic Violence in the News

“Have You Heard About XYZ Case?”

All too often, domestic violence is in the news. Here at REACH we always struggle with what, if anything, to say about these stories that everyone is talking about, or what news stories from other sources to share with you through our social media. This past week, it was Rob Porter. In the past, it was Ray Rice or Chris Brown and Rihanna. The news coverage is often sensational, including disturbing images or descriptions of injuries that could be triggering or re-traumatizing to survivors. Some people have assumed that we as advocates, and/or the survivors we work with, must be somehow pleased with the wall-to-wall coverage of “our” issue with things like the #MeToo movement. In reality, it affects everyone differently, but survivors often tell us it’s hard when you can’t turn on the radio in the car or pick up a magazine in a waiting area without encountering stories of assault. In addition, the public narrative that takes shape around these stories can reinforce the very stereotypes and myths that we are working every day to dismantle. We try not to amplify commentary that does that.

At the same time, while we never want to forget that there are real people at the center of these stories, these public conversations also present ‘teachable moments’ where we can challenge those stereotypes or point out important themes for people who are less versed in this issue. People may ask you for your opinion if they know you’ve volunteered with REACH, or come to our gala, or shared our content on social media. If conversations like this are coming up in your social circles, here are a few tips to move the conversation forward in a productive and educational way. 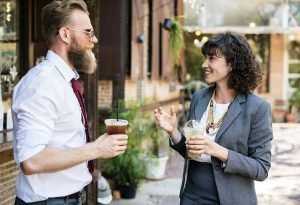 My colleagues at REACH are constantly out and about in the community, leading trainings and trying to educate communities about domestic violence. The reality is that you are our best tool for doing this. The majority of people may not attend a REACH event or training, but when you talk to your friends, family members, and coworkers around the kitchen table, at the water cooler, or over drinks after work, we can really start making a difference in the way that society thinks and feels about abuse. That’s what we mean when we say TOGETHER we will reach beyond domestic violence.