For a while now, I have been supporting a friend whose sibling was in an abusive relationship.  My friend, so near and dear to my heart, was struggling both in supporting her sister, as well as being around her abusive partner.  The partner’s controlling behavior was concerning to say the least- monitoring texts, phone calls, and Facebook, instigating fights with her family members and then using those experiences as reasons why they just “didn’t like him,” creating distance, tension, and eventually isolation.  There was fear, intimidation, belittling, and countless attacks on her spirit and esteem.  Her sister would describe violent outbursts, always with the caveat “but he never actually hit her.”

With each story I heard, more and more red flags became evident, and my concern grew both for her physical and emotional safety.  In the survivor-centered way I have been trained, I provided space for my friend to vent, be angry, and say the things she needed to say but knew she couldn’t say to her sister.  I affirmed my friend’s feelings, echoed concern, and helped her find language to express that concern in hopes of creating an environment of support rather than distance.  So many times my friend would cry as she told me of the latest incident- how scared she was of what could happen next.

Yet through all of this, there remained concern for her partner as well.  He had grown up in a neglectful home.  It seemed like much of his controlling behavior stemmed from his heart-breaking childhood.  This story was so familiar to me, one that I have heard from nearly all of the survivors with whom I have worked; this was another case of a hurt person hurting other people.  I was prepared for that- my training in trauma and domestic violence had taught me that this story was not uncommon.  I put on my advocate hat, and easily moved into my language of this being an explanation, not an excuse.  Holding both the emotions of heartbreak over his pain, and that the pain he was causing was not justified.  I was prepared for that conversation.

What I wasn’t prepared for was what happened next.  A few months later, he died by suicide.

Hearing the news reminded me of so many other stories I had heard from other survivors with whom I have worked: stories of suicide attempts and deaths around holidays, birthdays, and anniversaries. Sometimes notes were left explicitly blaming the survivor, forcing them to live and cope with the guilt; a final act of power and control. 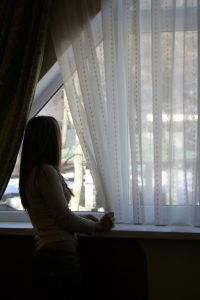 Yet each time a life is lost, there are those who knew and loved the person who are left crushed.  Words of pain, of anger, of loss, of love flood social media.  When someone dies, we memorialize the best in them.  But today, I’m struggling with this portrayal.  Despite knowing that the monster myth is nothing more than a fallacy perpetuating false narratives, regardless of the fact that I have rarely heard a survivor describe their relationship with their abuser where love did not play a prominent role, and even though through my own experiences of abuse I, too, have known both the beauty and harm that someone can cause; despite all of this, I am struggling.   But perhaps it’s not the plurality of the emotions that I am struggling with- it is the erasure of the negative.

We, as a culture, tend not to speak ill of the dead.  And though there is power and respect in that, for me, today, I still struggle.  I struggle with the silence that overcomes this issue after death.  When we don’t talk about reality, when we rewrite history to that of saint-like status, are we not minimizing and denying the experiences of survivors?  Though I know it is not for me to narrate their stories, I have borne witness to unspeakable heartbreak.  And in this heartbreak, I yearn for a world where we can name the messy; where we can acknowledge that a person can be brilliant, promising, passionate, and hurtful.  I yearn for a world where the pain of tragedy does not erase the reality of survivors.

If you or someone you know is struggling with how to cope with someone in your life that uses threats of suicide as a means of control, call our hotline at 1-800-899-4000.

If you are having suicidal thoughts or feelings, reach out to the National Suicide Prevention Lifeline at 1-800-273-TALK(8255).

I am driving in my car, the radio on, and NPR is taking me through the news of the [...]

The Intersection of Substance Abuse and Domestic Violence

How Toxic Masculinity Impacts Us All