What Laura is Thinking: On the ‘Other’ 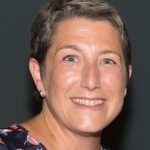 Almost two years ago, I wrote a letter to the editor of the Boston Globe about a case that had just made the news. This case has been in the headlines again: now dubbed the ‘Snapchat rape case,’ the defendants were recently found guilty. The questions I posed in that letter feel even more crucial in the current environment: When will we accept that society refuses to hold people accountable for behavior that assigns less value to those who are other, based on gender, sexual orientation, race, ability, or socioeconomic or immigration status? When will we recognize that this pattern of excuses only helps to perpetuate and escalate behavior? Must we wait until an act of abuse is captured on video or someone dies?

Doing the work to interrupt, reduce, and end intimate partner violence has become a powerful lesson in the potent intersections of oppression in all its forms. When we insist on seeing fellow human beings as OTHER we persist in lessening their humanity. This is the power of domestic violence – it is a systematic and intentional lessening of one person in a relationship. It is about one person getting and maintaining power. It is about making the world smaller so that approval, connection and even love can only come from one place. It is about making those outside of the relationship seem uncaring, untrustworthy and even dangerous – “You and me against the world.” If we must create the OTHER in order to sustain a relationship, then the relationship isn’t healthy.

Oppression and othering limit one’s ability to sustain well-being. Gender based pay inequity, race discrimination, homophobia, transphobic laws, anti-immigrant furor, lack of accessibility, economic disparity – all of today’s challenges impact the ability of victims, survivors, families, advocates and organizers to create sustainable change toward ending domestic violence. We aren’t doing this work in a bubble; we are doing it in this world. And today, in this world, seemingly every day, oppression and power escalates into violence that is recorded and consumed by all of us. The language and behavior that dehumanizes others has become so commonplace that it now dominates prime time and political discourse. We make excuses for it all the same even though we see daily examples of how behavior and language has indeed evolved into violence. It plays out for all to see. It used to be that seeing a video of something like this would move the conversation forward. I worry now that we see so much it’s having the opposite impact.

How can we change the outlook to be you and me AND the world together? What are some ways you can think of where we could sow unity instead of division? Leave a comment on our Facebook page and join the discussion.