One of the themes that comes up over and over again as we listen to survivors of domestic violence tell their stories is that of isolation. We are often asked why someone would stay in an abusive relationship. There are so many reasons someone might stay; what we have found is that isolation is one of the most powerful tactics abusers use to keep the survivor from being able to leave the relationship.

There are many reasons that a survivor might become isolated while in an abusive relationship. An abuser might say outright that they don’t want the survivor spending time with other people. One survivor, Melanie, says: “I’m a real extrovert by nature, but after being under the control of my husband, I hid from public functions because the consequences of being friendly to any person not on his approval list would be hell to pay.” Jealousy is another common theme in abusive relationships, and the abuser’s jealousy can lead to isolation. Maxine, a support group member, has talked about this: “I started to notice something strange when he would get extremely jealous over the attention I was giving to my children, friends, and family.  He wanted all my time to be spent with him and no one else.  At first, I was flattered, but then I started to bail out on my family and friends because I didn’t want to start a fight.” Andrea goes into more detail: “When I started dating my ex-husband I couldn’t understand why he never wanted to be involved in my social circle.  I began to see that he was extremely jealous of my friends.  He accused me of cheating on him with any male who I hung around with and would insist that all my girlfriends were making moves on him. When I would spend time with my friends, he would become angry, accusatory, and ‘getting me back’ for what he viewed as my transgressions became a recurring theme in our relationship.  As time went on, his jealousy wore me down mentally and emotionally. I reached the point where it was easier to avoid my friends and neglect my friendships in the name of keeping peace in my life.  Looking back, I recognize the outrageousness of his jealousy and the path of isolation it led me down. Back then, however, I couldn’t understand what was happening or why.  It was hard for me to identify what was going on as violent or abusive.”

In addition to the jealousy and anger they face from the abuser, survivors may have other reasons for isolating themselves from friends or family. They might feel that no one could understand what they’re going through, and that no one will believe them. “I didn’t tell my family or his because he was so darn likable and looked perfect and like Prince Charming on the outside.  I mean who would believe me?” Melanie asks.

The opposite can also be true, where friends and family do see that there are problems, but bring it up in such a way that the survivor feels compelled to defend the abuser. Naomi, a former shelter guest, told her advocate: “Family and friends tried to point out how unhealthy our relationship was but I told them they didn’t understand while I dumped a pile of excuses for his behavior on them.” 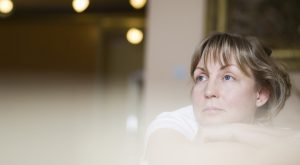 Whether they attribute the distance to the abuser’s behavior, or the survivor’s, the effect can be the same over time. Survivors become increasingly isolated at a time when they need support the most. Maria, a Community Program participant and support group member, says: “I had lost contact with family and friends. He didn’t want us to be around other people and I didn’t want to leave the kids home alone with him for long periods. He didn’t hit them but he would get angry and irritable and I had to protect them from that. I made excuses to my family and friends why I couldn’t be at events and eventually they stopped asking, thinking I didn’t care. I became very isolated.”

Melanie sums it up:  “Abuse sucks the life out of you and makes you dependent on the abuser and that’s what happened to me.”

These survivors, all of whom work with REACH and have moved on from these abusive relationships, talk about how the isolation made it harder for them to reach out for help. The immigrant survivors we work with face all of these challenges and more, with language and cultural barriers, and fear of being deported. LGBQ/T survivors may be more isolated due to homophobia, transphobia, and a lack of understanding about the dynamics of abuse in same sex relationships.

This is why we keep talking about how important it is to listen and believe survivors, and why our Prevention program works to help you know what to do and say if you think someone you know might be experiencing abuse.

If reading these words about isolation resonated with you and you have concerns about your relationship, call our free and confidential hotline at 1-800-899-4000 to speak with someone.

If you’d like to learn more about how to help a friend or family member, or others who experience abuse, contact our Prevention program. Your gift to our year-end campaign will help to maintain our programs, such as advocacy and support groups, that help survivors build social connections and find safety.

Nights at the REACH Table

By M, a survivor Heard of the Knights at the Roundtable?  Well I call my experience a [...]

I Will Use My Voice For Change

By M, a survivor There are rare moments in life when we can stand up for something that is [...]

By Patricia  I have sojourned the seas and risen   Albeit chaotic, I searched for my voice [...]